What To Expect From Emergency Child Custody Proceedings In Melbourne, Florida 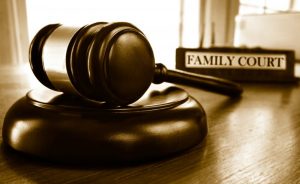 This is the next post in my series on the handling of emergency child custody hearings in Melbourne, Florida. My last post discussed the process of filing an emergency change of custody request. If the situation warrants it then the Court may grant an emergency hearing. It is important to consult with a family law attorney who can assist you in understanding whether you have a basis to file an emergency request. In this post I will explain what a parent should expect during the time in between the initial hearing and a trial. If you require assistance then contact my office today to speak with a lawyer.

At the initial hearing the Court will issue a temporary decision regarding child custody, visitation, support, etc. This temporary decision will be in place until the matter is either resolved through a settlement or at trial. How the matter proceeds will, in part, depend on the nature of the emergency which prompted the request for a change of custody. If, for example, a parent is alleged to be abusing drugs then the Court will likely order immediate drug testing. If a parent is facing criminal charges then the Court will likely schedule a status check to track the progress of the pending criminal charge. Given that most “emergency” custody requests revolve around a specific situation, there will likely be a specific aspect of the case which the Court will wish to remain apprised of.

The requesting parent’s attorney will conduct discovery during the time in between the initial hearing and the trial. Discovery is the process by which information is obtained from the other side in a lawsuit and there are several tools available for obtaining such information. If the case involves prescription drug abuse then discovery will likely be used to obtain medical records, a list of doctors who have prescribed drugs, as well as other relevant information. The type of discovery which will be relevant in a given case will always depend on the specific facts of the situation.

If the matter does not resolve through a settlement then the case will conclude with a trial. The party requesting the change of custody first and the responding party will present their case second. The requesting party will then present “rebuttal” evidence. Counsel for each side will then make closing arguments. The Judge may issue a decision shortly thereafter or it may take several days. Once the Judge has issued a decision then the matter will be concluded and each party will be required to abide by the Order.

If you have questions about a potential emergency situation then contact my office today to speak with a Melbourne child custody lawyer. I understand that nothing is more important to someone than their children. My office is ready to assist you. We also service clients in the Brevard County cities of Titusville, Cocoa, Palm Bay, Grant, Valkaria, and Rockledge, as well as in the Indian River County areas of Fellsmere, Sebastian, Vero Beach, Indian River Shores, and Orchid.