Filing For An Emergency Child Custody Modification In Melbourne, Florida 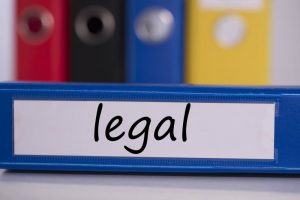 This is the next post in my series on the handling of emergency child custody matters in Melbourne, Florida. My last article discussed what Family Courts will view as an “emergency.” It is important to understand that a disagreement must not be blown out of proportion and viewed as a crisis. Doing so can harm one’s position in their case. In this article I will discuss the process of filing for an emergency custody modification when an actual crisis exists.

The first step in modifying child custody (which is known as “time share” in Florida) is to file a Motion with the Court. This is a formal document in which one will state the reason for which they are requesting the change, the law supporting the request, and the facts upon which the request is being made. In an emergency situation one can request that the Court grant an expedited hearing. Depending on the circumstances, such a hearing may be held within a few days.

The initial Court hearing would not be a trial and witnesses would not testify. The Court would consider the arguments made in the pleadings and the arguments of each side’s attorney. If there is reason to believe the child is in danger then the Court will likely grant the requesting parent custody on a temporary basis. The extent to which the other parent receives visitation will depend on the specific facts of the case. A trial date will be scheduled. The trial is when the Court will issue a permanent decision. The final order will include provisions regarding custody, child support, the extent to which the first parent’s visitation is supervised, and any requirements which the first parent must meet in order to obtain unsupervised visits. The parties will be expected to follow any temporary orders during the time between the initial hearing and the trial.

If the Court does not see a basis for modifying child custody then it may deny the Motion outright at the first hearing. Reasons for an outright denial could include a finding that the allegations made in the Motion are false and evidence showing that issues the child may be having are, in fact, not the fault of the other parent. When deciding whether to go to Court, as well as the best strategy for doing so, it is important to speak with an experienced child custody attorney. I discuss these issues in this video:

I am a Melbourne lawyer who handles matters involving all aspects of family law. I understand that nothing is more important to someone than their child. Contact my office today to schedule an initial consultation. My office also services clients in the Brevard County cities of Titusville, Cocoa, Palm Bay, Grant, Valkaria, and Rockledge, as well as in the Indian River County areas of Fellsmere, Sebastian, Vero Beach, Indian River Shores, and Orchid.