Melbourne, Florida Parents May File A Supplemental Child Custody Petition If The Other Parent Is Abusing Drugs 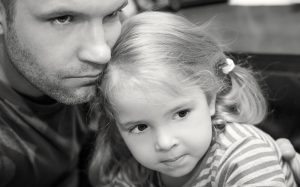 This is the next post in my series on the process which a Melbourne parent must go through in order to ask the Court for a custody change when the other parent is abusing drugs. My last article provided an overview of topics that I will be writing on in further detail throughout this series. In this post I will be explaining the process of filing a Supplemental Petition regarding child custody (which our state refers to as “time share”) with the Florida Court. This begins the change in custody process.

The first step in asking for a change of custody is for one’s family law lawyer to file a Supplemental Petition with the Brevard County Court. In this Petition the attorney will articulate why it is believed the other parent is abusing drugs, why it is in the child’s best interest to change custody, and what the new time share schedule should be. Depending on the circumstances your counsel may request an expedited hearing. An emergency hearing is likely warranted if the other parent has been arrested for a drug related issue such as driving while impaired, possession, or trafficking. Emergency hearings are often held within a matter of days. When a parent is facing serious narcotic-related legal issues then a Judge will typically award custody to the requesting parent with the other parent’s visitation being temporarily suspended or supervised. That situation may remain in place until the case concludes.

In matters involving alleged drug use, rather than an arrest, the Court will typically require the parent to take an immediate drug test. If the offending parent fails the test then, again, the Judge will often award temporary custody to the Petitioning party pending a trial. In the time between the initial Petition hearing and trial the Court may require the offending parent to take additional drug tests. What visitation the parent receives during this time will depend on the nature of the allegations, the person’s history, and several other factors. The worse the overall situation then the more restricted that parent’s visitation will be. I discuss these issues further in this video:

As a child custody lawyer I assist Melbourne residents, and those in other areas, with the modification of their time share. Contact my office today to speak with an attorney. I also service the cities of Titusville, Cocoa, Palm Bay, Grant, Valkaria, and Rockledge, as well the Indian River County areas of Fellsmere, Sebastian, Vero Beach, Indian River Shores, and Orchid.

Judges take drug use issues seriously in child custody cases. Many are under the misunderstanding that drug use is “no big deal.” While our society’s view on drugs such as marijuana may be changing, the fact remains that the Court sees it as unacceptable for one to have addiction and impairment issues. If you are concerned that your ex is engaging in narcotic use then it is an issue you should raise with the Judge. It is highly suggested that Melbourne parents contact a lawyer regarding custody issues.