Changing Child Custody When A Melbourne Parent is Using Drugs 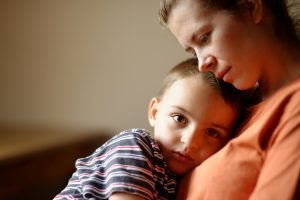 This is the first post in a series which will discuss the end to end process of changing child custody when a Melbourne parent is abusing drugs. I am addressing this topic because, unfortunately, drug abuse is still as prevalent as ever in this country. While some argue that using drugs is a “victimless crime” the truth is that when a drug user is tasked with supervising a child then that child’s safety is put at risk.

Drug problems in a family can take many different forms. Most parents know that if their child’s parent is using hard drugs, getting in trouble with the law, or exposing their child to criminal activity, then emergency action must be taken. However, a parent who abuses prescription drugs, drinks heavily while caring for a child, or who uses marijuana in a child’s presence is also putting a child at risk. During the course of my next several posts I will be explaining the end to end process of requesting a change of child custody (which is referred to as “time share” in Florida). I will also provide information to help parents understand how the Court decides if custody should be modified. Topics I will address over my next several posts include:

If one has reason to believe that a parent with shared custody is using drugs while supervising a child then it is important to act quickly. A parent’s drug use can cause harm to a child in a number of ways including if an impaired parent drives with the child in a vehicle or if a child becomes sick or injured while a parent is impaired. Furthermore, a parent who is under the influence cannot adequately supervise a child or make necessary and life saving decisions in case of an emergency.

If one has reason to believe a parent with full custody, joint custody, or even unsupervised visitation is abusing drugs while with a child then it is important to act quickly. Contact our Melbourne office today to speak with a lawyer regarding modification of your time share. I am a Brevard County attorney who also services the cities of Titusville, Cocoa, Palm Bay, Grant, Valkaria, and Rockledge, as well as Indian River County areas of Fellsmere, Sebastian, Vero Beach, Indian River Shores, and Orchid.