Situations In Which A Melbourne, Florida Parent May Win Primary Child Custody 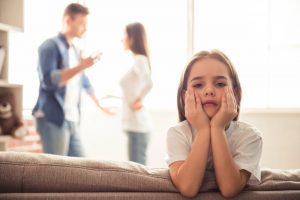 This is the next post in my series on how Melbourne, Florida parents may gain primary custody of their children. My last article discussed Florida custody law and how it presumes that parents should have an equal timeshare. I also discussed the fact that the Courts will award parents primary custody if they can show that such an arrangement is in the best interests of the child. In this article I will give examples of situations in which Courts will sometimes make such a finding. If you are in a dispute and you need assistance then contact my office today to speak with a lawyer.

There are many situations in which it is obvious that shared custody would not be in the best interests of a child. It goes almost without saying that a parent, who is seriously addicted to drugs, is unlikely to be able to meet the needs of a child or to provide a safe environment for them. Another example would be a case in which a parent is abusing alcohol in the presence of the child and even possibly driving drunk with the youngster in the car. Finally, if the parent is regularly engaging in criminal activity, and has found themselves arrested, then a court would be unlikely to feel that such a parent should care for children. Each of these scenarios have one thing in common – they involve instances in which a parent is placing a child in danger. When the danger is obvious, the Court is likely to grant the non-offending parent primary custody.

There are also many instances in which a parent can win primary custody even when there is not an obvious danger to the child. These involve situations in which a “shared” arrangement simply would not be workable. Say, for example, that one parent worked nights Monday through Friday and the child went to school during the day. Under such a situation the parent working evenings would simply not be available to take care of the child. Such a situation may require that the other parent have primary custody. There may be other situations involving differing geographies, etc. that may require a child to spend the bulk of their time in one parent’s care. How the Court will rule in any given situation, however, will always depend on the specific facts of the case.

If you or a loved one are involved in a legal dispute then it is crucial that you retain a Melbourne child custody lawyer who is experienced in handling such matters. I am a former prosecutor who now devotes her practice to making sure the rights of parents, and their children, are protected. Contact my office today to schedule an initial consultation.