The Law For Melbourne, Florida Residents In Regards To Child Custody 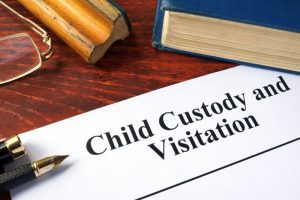 This is the next article in my series on the potential for Melbourne, Florida parents to win primary custody of their children. My last article provided an overview of topics which this series will be addressing and it also stressed the need to immediately contact an attorney if you are involved in a dispute. It is important to contact counsel sooner, rather than later, in order to convince the Court that the matter is truly pressing. In this article I will discuss how the laws of our states apply to parents who wish to gain a majority timeshare. If you require assistance then contact my office today to speak with a lawyer.

Florida is like many other states in that it presumes that a child should generally split time between his or her parents. This means that the Judge will begin each case with the presumption that the parents should be awarded joint custody (which is also referred to as an “equal timeshare”). A parent who wishes to obtain primary custody of the child may do so in one of two ways. The first, and most simple of these methods, is for the parents to agree on such an arrangement. If such an agreement cannot be reached then the second method for obtaining primary custody is to show that a shared arrangement would not be in the best interests of the child.

The Court will consider several factors when deciding what is, and what is not, in a child’s best interests. These factors include the wishes of the child (depending on the child’s age and maturity), the ability of each parent to meet the child’s needs, the sources of any conflicts between the parents, the willingness of each parent to foster a relationship between the child and their counterpart, whether there is a history of domestic violence, and the need to maintain a relationship between the child and his or her siblings. When weighing these factors, the Court will balance each of them. This means that one does not necessarily trump another. If the Judge does find that, based on factors such as these, it is in the best interests of the child to be primarily in one parent’s care, then that parent will likely be awarded primary custody.

It is important that you retain experienced counsel when you are attempting to gain primary child custody. An attorney will help you to understand how certain facts fit into the aforementioned factors and what the Court will consider relevant. Counsel will also help you to build the strongest case possible, based on your specific circumstances. As a Melbourne family law lawyer I am able to assist with such matters. Contact my office today to schedule an initial consultation.