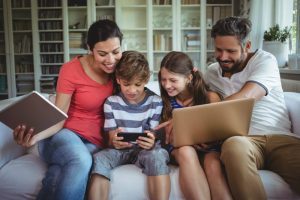 This is the first post in a series which will discuss the process for parents who wish to gain full custody of their children in Melbourne, Florida. I am writing on this topic due to the fact that, for obvious reasons, many parents feel they should receive a majority time share. Our state, however, assumes that it is in the best interests of a child to split his or her time between parents. In spite of this assumption, there are many instances in which a Court will grant a parent primary custody. The goal of my coming articles is to help people to better understand their options. It is also my goal that this articles will help people make an informed decision when they are selecting an attorney. If you require assistance then contact my office today to speak with a lawyer.

I will be addressing several topics over my coming articles. Issues which I will analyze include:

There are several reasons why it is important to understand these topics. First, our state is like many others in that it presumes that a child should equally split their time between both parents. This presumption, however, is rebuttable. Second, a Court will award primary custody to one parent when it is shown that such an arrangement would be in the best interests of the child. Third, if you wish to have primary custody then it is important to file a request with the Court immediately; if you allow an equal time share to persist then the Court is more likely to leave such an arrangement in place. Finally, many err in thinking that Florida favors the rights of a mother over those of a father.

One point I cannot stress enough is that you should discuss your situation with an experienced attorney. The Court will not award you primary custody simply because you want it. Instead, you must make a compelling case that the child’s interests are not served through an equal time share. Building such a case requires a methodical accumulation of evidence, through the discovery process, and making sure that the appropriate steps are taken from beginning to end. As a Melbourne child custody lawyer I handle such matters. Contact my office today to schedule an initial consultation. We also service clients in the Brevard County cities of Titusville, Cocoa, Palm Bay, Grant, Valkaria, and Rockledge, as well as in the Indian River County areas of Fellsmere, Sebastian, Vero Beach, Indian River Shores, and Orchid.