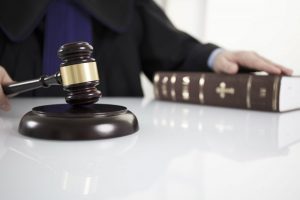 This is the next post in my series on how Melbourne, Florida child custody cases are impacted by acts of domestic violence. My last article served as an overview of topics which this series will be addressing and stressed the need to speak with an attorney if you find yourself in a dispute. It is crucial to contact the police immediately after an incident and a lawyer shortly thereafter. The longer you wait to report the issue then the less likely the Court is to believe that it actually occurred. In this post I will discuss how most Judges view matters which involve violence between the parents.

In any child custody case the Court’s sole concern will be the best interests of the children. It goes without saying that it is not in a child’s best interests to be exposed to acts of violence by a parent. If the Court believes that violence has occurred then a Judge will typically presume that the offending parent is not fit to share sole custody of the child. This does not mean that the offending parent cannot win joint or primary custody. Instead, it means that the Court will begin the case with the belief that the individual should only receive a minority time share. That parent will have to demonstrate to the Court that joint custody is, in fact, in the child’s best interests in order to overcome such a presumption. Given a Court’s views towards violence, this is a large presumption to overcome.

It is important to understand that one does not have to have been convicted of domestic violence in order for the Court to find out that such acts actually occurred. Even if an individual was not arrested a Judge may find that violence occurred by viewing photographs, hearing testimony of the parties, hearing testimony of witnesses, and considering other evidence. A Court can, by a preponderance of the evidence, decide that violence occurred even if an offending party was acquitted in a criminal matter (which uses the reasonable doubt standard). If one has actually been convicted of domestic violence then the Court will find that the act occurred on the basis of the conviction alone.

The more serious or repetitive violence is then the more likely the Court is to require supervised visitation. If it is clear that one parent cannot control their temper then the Court will not subject the child to a potentially dangerous situation. If you are involved in a custody dispute and need assistance then call my Melbourne office today to speak with an attorney. My office also services clients in the Brevard County cities of Titusville, Cocoa, Palm Bay, Grant, Valkaria, and Rockledge, as well as in the Indian River County areas of Fellsmere, Sebastian, Vero Beach, Indian River Shores, and Orchid.