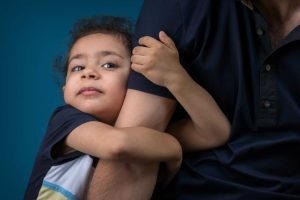 This is the first post in a series which will deal with how a history of domestic violence impacts child custody cases in Melbourne, Florida. I decided to write on this topic due to the fact that many parents do not appreciate the extent to which violence between parents will alter a Family Court Judge’s rulings. It is my hope that the information provided in this series will allow people to better understand their situation. If you are involved in a dispute involving child custody or a Protective Order then contact my office today to speak with a family law attorney.

I will be addressing multiple topics over my coming articles. Issues which I will analyze include:

It is very important that parents in our area understand these issues. First, some make the mistake of thinking that issues of violence are a “private matter” between two parents. This is not the case. The Court’s sole concern will be the best interests of the children and it will interject itself into any situation which poses a threat. Second, it is important to immediately report such issues to the police and to bring them to the attention of the Court. The longer one waits to report such issues then the more likely the Court is to believe that violence, in fact, did not occur. Finally, and sadly, false claims of violence are sometimes made by parents trying to gain an advantage in a custody case.

I cannot stress enough the fact that you should contact a child custody lawyer as soon as possible if you are involved in a dispute which involves domestic violence. This is true whether you are the victim or being accused of such an act. While many make the mistake of thinking that the issue is a private matter, the Court will not see it that way. Call my office today to speak with an attorney. My Melbourne office also services clients in the Brevard County cities of Titusville, Cocoa, Palm Bay, Grant, Valkaria, and Rockledge, as well as in the Indian River County areas of Fellsmere, Sebastian, Vero Beach, Indian River Shores, and Orchid.