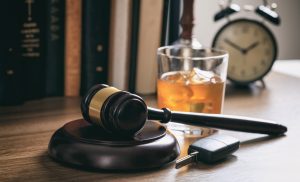 This is the next post in a series on the handling of Melbourne, Florida child custody cases that involve emergency situations. The previous article discussed dealing with cases involving parental drug use. A court’s determination of whether the parent’s drug use has created an emergency situation justifying a change in custody will depend on the specific facts of the case. The use or possession of “hard” drugs may be treated differently than the misuse of prescription or other legal substances. This post will examine whether alcohol abuse or alcoholism may lead to an emergency change of custody. If you are in need of assistance then contact our office today to speak with a lawyer.

A parent’s abuse of alcohol or alcoholism may, in some circumstances, be viewed as creating a dangerous situation for a child, therefore justifying an emergency change in custody. As we have previously discussed, the circumstances giving rise to the request for a change must represent a change from the evidence presented when the previous custody order was issued. This means, if the other parent suffered from alcoholism when the original custody arrangement was established, one may not simply restate the same facts as the basis of an emergency custody change. New information, such as the parent’s arrest for a DUI or the loss of employment due to the condition may be viewed as a sufficient change in circumstances.

The first step in the legal process is to file a Motion for an Emergency Change in Custody. The Motion must contain objective evidence supporting the claim that the new circumstances have created a dangerous situation for the child. For example, information such as arrest records for DUI or public intoxication or evidence that the parent has been driving drunk with the child in the car would be relevant. The parent’s attorney will request an expedited hearing, which will usually be heard within a few days of the Motion. In the meantime, a parent’s attorney will ask the court to temporarily relocate the child into the requesting parent’s care pending the outcome of hearing. Particularly if criminal charges are pending related to a DUI or other alcohol-related criminal charges, the judge may grant an immediate temporary relocation.

It is important to understand that not every situation will be deemed an emergency in the eyes of the court. If an emergency exists, the court will take swift action to protect the child, which may include granting the custody change immediately. Depending upon the evidence presented, the court may postpone the issue until a more formal trial can be conducted, complete with discovery and allowing both parents time to prepare their case. A judge may take a middle ground approach and order a different type of modified custody, such as supervised visitation for the suspected parent temporarily pending the trial. The outcome of each case will depend on the facts of each specific situation.

If you suspect that your child is in danger due to a parent’s alcohol abuse or alcohol dependence, contact our office today to speak with a Melbourne, Florida child custody lawyer. We also serve the cities of Titusville, Cocoa, Palm Bay, Grant, Valkaria, and Rockledge, as well as in the Indian River County areas of Fellsmere, Sebastian, Vero Beach, Indian River Shores, and Orchid.