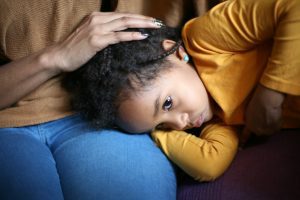 This is the second post in a series of articles discussing specific circumstances in which a parent may seek an emergency change of custody in Melbourne, Florida. Our previous article provided an overview of the topics to be addressed throughout this series. It stressed the importance of contacting law enforcement if your child is in immediate danger. It also emphasized the importance of retaining an attorney with family law experience when seeking an emergency change in custody. This post will address the circumstances under which parental drug use may justify a custody change on an emergency basis. If you need assistance, contact our office today to speak with a lawyer.

The process of seeking an emergency custody modification due to drug use in Melbourne, Florida

When a parent is suspected of abusing drugs, the legal process will begin when the other parent files a Motion with the court. As we have previously discussed, a parent must demonstrate that their child is facing imminent harm because of the other parent’s behavior in order to warrant an emergency custody change. The circumstances giving rise to the request for a change must represent a change in circumstances from when the previous custody order was issued. Facts supporting these assertions must be included in the Motion.

The parent’s attorney will request an expedited hearing, which will usually be heard within a few days of the Motion. The expedited time frame will help ensure that the suspected parent cannot take action to clear the drugs from their system. In the meantime, a parent’s attorney will ask the court to temporarily relocate the child into the requesting parent’s care pending the outcome of hearing. For obvious reasons, judges often honor such requests. The judge will, at the hearing, order the suspected parent to immediately take a drug test, the results of which will be available very shortly, often within a day or two. Depending upon the outcome of the drug test, a judge may grant the emergency custody change, may deny the custody change request or may order a different modification, such as supervised visitation for the suspected parent. Melbourne area parents must be aware that how the Judge will rule, in any given situation, will always depend on the facts of the case.

When a Melbourne, Florida judge will consider a parent’s drug use an emergency for purposes of changing custody

It is important to understand that in the context of parental drug use, some cases may clearly constitute an emergency while others may not receive such treatment from the court. For example, if a parent has been newly arrested for possessing or using “hard drugs” such as methamphetamines or heroin, a judge will more than likely order an immediate custody change. Hard drug activity is also criminal activity and will be seen creating a danger to one’s child. If a parent is taking validly prescribed medication in accordance with a physician’s instructions, however, it may be more difficult to show that this activity creates an emergency. Abusing prescription medicine or using other “soft” drugs, like marijuana, may in fact create a dangerous situation for the child. A parent of a small child, for example, who is constantly impaired while the child is present may warrant an expedited modification of an order. It is also possible for a judge to determine a change is warranted, but not on an emergency basis. When possible, consulting with an attorney about how the information may be received by the judge should be a key early step in the process.

If you suspect that your child’s parent is abusing drugs, contact our office today to speak with a Melbourne, Florida child custody lawyer. We also serve the cities of Titusville, Cocoa, Palm Bay, Grant, Valkaria, and Rockledge, as well as in the Indian River County areas of Fellsmere, Sebastian, Vero Beach, Indian River Shores, and Orchid.