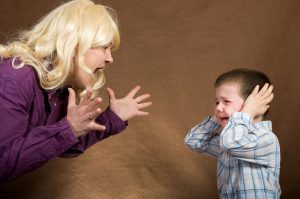 This is the next post in our series on the handling of emergency child custody cases in Melbourne, Florida. The previous article discussed cases that involve alcohol abuse by the parent. It is possible that a parent’s alcohol abuse or alcoholism can place a child in significant danger. Whether the court will treat the situation as an emergency will depend upon the specific facts surrounding the case. It is important to retain an experienced custody attorney to assist you through the legal process. This article will address situations in which a child is subjected to physical or sexual abuse by the other parent. If you are in need of assistance, contact our office today to speak with a lawyer.

If your child’s safety is in immediate danger from an abusive situation then it is important to contact law enforcement as soon as possible. After the situation has been handled by the police to the extent possible, the next step is to immediately contact a lawyer. Counsel will file an Emergency Motion to Modify Child Custody and request that the court hear the matter on an expedited basis. If the other parent was arrested or the police identified evidence that abuse had taken place, a court will likely modify custody. A judge may temporarily relocate the child with the requesting parent, completely restrict or limit the other parent’s access via supervised visitation or both pending the outcome of any criminal charges. If CPS is involved, the court will also schedule “status check” dates to review the progress of the investigations or criminal charges. When CPS becomes involved in the matter, then that investigative process will normally need to be complete before a family court will issue a final determination as to permanent custody.

If you suspect that your child is being abused, but you lack evidence, then it is important that you speak with an attorney as soon as possible prior to starting any legal proceedings. It is possible that if you file claims with CPS or the court and those claims are later unsubstantiated, a judge may conclude that trying to interfere with your counterpart’s parent-child relationship. This can negatively impact your own custody rights, potentially resulting in more time awarded to the other parent. If the situation is not an emergency requiring police intervention, then it is important to discuss your situation with counsel. An attorney can help you understand whether to make a claim to CPS, whether to file for a change of custody, and with what other options you may have.

If you believe that your son or daughter is in danger of physical or sexual abuse, contact our office today to speak with a Melbourne, Florida custody lawyer. Our office has handled many cases involving emergency custody requests and will give your case the attention it deserves. We also serve the cities of Titusville, Cocoa, Palm Bay, Grant, Valkaria, and Rockledge, as well as in the Indian River County areas of Fellsmere, Sebastian, Vero Beach, Indian River Shores, and Orchid.