How Dating During A Divorce May Impact The Division Of Marital Property In Melbourne, Florida 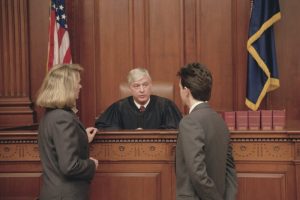 This is the next post in a series of articles discussing the potential financial impact on individuals who begin dating before their divorce is final in Melbourne, Florida. Our previous post provided an overview of the topics to be discussed throughout this series. Dating during a divorce is not uncommon. Many individuals are anxious to move on with their lives and do not wait until their divorce is completed to do so. It is important to understand, however, that spending money on a new love interest may, in some cases, impact the ultimate financial settlement with your ex-spouse. In this post, we will address Florida’s property division laws and how dating during a divorce may affect the Court’s analysis. If you need assistance, contact our office today to speak with an attorney.

Under Florida law, property and debts acquired by one or both spouses during their marriage are considered marital assets and obligations. There are some exceptions to this general rule, such as property inherited by one spouse during the marriage or subject to a valid prenuptial agreement. When a couple divorces, the Court’s general approach is to divide the jointly held property equitably between the parties when they divorce. When determining what division is equitable and fair between the parties, the Court will review a variety of factors, including the financial position of both parties, education levels, current employment, whether one person stayed home to raise a family while the other worked, etc. Based on these factors, the Judge will evaluate how to distribute community property between the spouses as fairly as possible. For instance, if a wife quits her job to be a stay-at-home mom so that her husband can pursue his dream career, the Court may award her a larger portion of assets or less debt than the husband as a result of her lack of income or comparatively reduced employment opportunities. When one of the parties begins dating someone new before their divorce is final, the property division analysis may become more complicated.

Consider the following example. John and his future ex-wife each make $150,000 per year. They own their home and vehicles and have a joint savings account with a balance of $50,000. They also have a credit card used for expenses that, at the beginning of the divorce, has a balance of $5,000. Absent any other serious disparities in their respective circumstances, under Florida’s property division laws, their debts and assets would likely be evenly split between them. Now consider that, during the pendency of their divorce case, John begins dating Sally. John’s wife learns that their joint credit card balance has increased to $30,000 as a result of his extravagant spending on vacations, entertainment, and gifts he purchased for Sally. John’s wife may ask the Court to freeze certain of their joint accounts based on his extravagant spending until the case is final. She may also argue that the increased debt should be John’s ultimate responsibility. The Court may determine that she is entitled to a larger share of the property division or a smaller share of their marital debt than John as an equitable division of property. How the Judge will rule in any situation is dependent upon the specific facts of each case.

If you are contemplating a divorce, an experienced attorney can explain your rights and obligations. Contact our Melbourne office to speak with a lawyer today. We also serve the cities of Titusville, Cocoa, Palm Bay, Grant, Valkaria, and Rockledge, as well as in the Indian River County areas of Fellsmere, Sebastian, Vero Beach, Indian River Shores, and Orchid.