The Financial Consequences Of Dating During A Melbourne, Florida Divorce – Series Overview 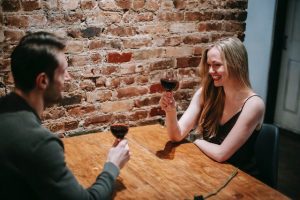 This is the first post in a series of articles discussing the potential financial consequences of dating during a divorce in Melbourne, Florida. It is not uncommon for individuals going through a divorce to begin dating before the divorce is final. It is important, however, to remember that until the process is complete and assets and debts are formally divided between the spouses, a couple’s property is considered to be jointly owned. The Court will not directly interfere with one’s personal choice to begin dating. That said, in some circumstances, dating may impact the outcome of one’s financial settlement. The goal of this series is to provide information about the possible financial implications of dating during a divorce. If you need assistance, contact our office to speak with an attorney.

This series will address the following key subjects:

We believe this is an important topic for a variety of reasons. First, Florida is not a community property state. Marital assets and debts are divided equitably, which does not necessarily mean equally between spouses. The Court will consider a variety of factors when determining what is a “fair” result, which may include reviewing any spending of “joint” money on a new love interest. Extravagant spending may lead to claims that your ex-spouse should receive a higher percentage of a property division. Second, Florida Judges cannot prohibit someone from moving in with their new boyfriend or girlfriend during a divorce. It is important to realize, however, that moving someone into the family residence or purchasing or renting a new home with someone else may impact the final division of property or alimony awards. Third, the Court may also consider similar factors when evaluating whether one spouse is entitled to receive alimony, the amount of the award, and length of time for the obligation. Next, decisions regarding child custody may become more complicated if one parent begins dating a new person while their divorce is pending. One’s former partner may, for instance, challenge one’s custody rights or visitation on grounds that it is not in the child’s best interest to be exposed to the new person. Whether such arguments are justified or not, a parent may be forced to fight for custody and visitation time. Depending upon the outcome, their child support obligations may be impacted. Last, dating someone prior to finalizing a divorce does not necessarily have an adverse financial effect on one’s case. It is possible to challenge such claims in many situations.

If you need assistance, contact our Melbourne office to speak with a lawyer today. We also serve the cities of Titusville, Cocoa, Palm Bay, Grant, Valkaria, and Rockledge, as well as in the Indian River County areas of Fellsmere, Sebastian, Vero Beach, Indian River Shores, and Orchid.