The Consequences Of Not Paying Child Support In Melbourne, Florida 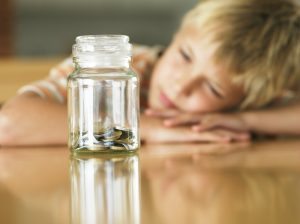 This is the next post in my series on the handling of unpaid child support in Melbourne, Florida. My last article provided an overview of topics which I will be discussing and stressed the need to contact an attorney rather than trying to take matters into your own hands. In this post I will be discussing a topic which parents should understand – the consequences of unpaid child support. If you live in Brevard or Indian Counties, and have questions about this topic, then contact my office today to speak with a lawyer.

Court ordered child support is not a “private matter” between the parents. It is an obligation which has been put in place by a Judge. This means that one who fails to meet their obligations will be in violation of a Court Order. This can result in the non-paying parent being held in Contempt of Court. Being found in Contempt, for non-payment of support, can result in financial fines, jail time, the suspension of one’s driver’s license, and a wage garnishment. It is important to understand that the offending parent will still owe the back support even after any fines have been paid and jail time has been served. As I will explain in a later article, the Court will not see it as an acceptable excuse for the non-paying parent to simply claim that they did not have the money.

The process of holding a non-paying Melbourne parent in Contempt is relatively straightforward. The parent who has not been receiving support will file a Motion with the Court requesting that a Contempt hearing be held. This Motion must include a copy of the current child support order, a breakdown of payments which have been missed, and it is best to include copies of email or other correspondence showing that one has already attempted to resolve the matter privately. The Court will hold a hearing at which the non-paying parent will need to either offer proof that payment was actually made or an acceptable reason as to why payments were missed. Simply claiming to “not have the money” will not be seen as an acceptable excuse as the Court will require a parent to prioritize child support over their own needs. In addition to the penalties and consequences discussed above, a Court will also often require the non-paying parent to reimburse the other party for legal fees incurred in bringing the Contempt proceeding.

It is best to contact an attorney immediately if you are not receiving Court ordered child support payments. The longer the situation is allowed to go on then the deeper into arrears the offending parent is likely to go. While the Court will put a plan in place to deal with a large amount of unpaid child support it also recognizes that the offending party will often be working within a limited budget. This means that a large arrears amount will often be paid back through small payments. As a result, the receiving parent may wait months or years before they are fully paid. By contacting counsel immediately you help to ensure that you do not face such a delay.

Contact my office today to speak with a Melbourne child support lawyer. My office also services clients in the Brevard County cities of Titusville, Cocoa, Palm Bay, Grant, Valkaria, and Rockledge, as well as in the Indian River County areas of Fellsmere, Sebastian, Vero Beach, Indian River Shores, and Orchid.