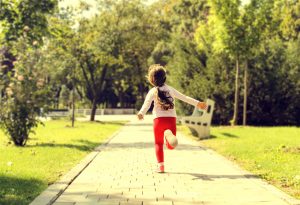 This is the next post in my series on the handling of Melbourne, Florida family law cases which involve a paternity dispute. My last article discussed the process of establishing paternity. It is important to understand that it is in the interests of each parent to establish parentage as soon as possible. Doing so will make it more likely that the father will have a meaningful relationship with his child. Doing so also protects the mother’s right to retroactive child support. In this article I will discuss how the Court will determine custody after paternity has been established. It is important that you retain an attorney to assist you with this process. If you require assistance then contact my office today to speak with a lawyer.

My last article discussed the initial hearings which will be held in a paternity case. Once paternity is established the Court will likely order that the father begin receiving visitation and that he begin paying child support. The extent to which the father will initially receive visitation will depend on the specifics of the case. If an agreement is not reached between the parties then a trial date will be set. The purpose of trial will be to determine a final custody and visitation schedule. Discovery, the process by which information is gained from the other side in a lawsuit will be used to gather evidence in preparation for trial.

Trial will be held shortly after the discovery process has been completed. When determining custody, the Court’s sole concern will be for protecting the best interests of the child. The trial will begin with the attorney for each side making an opening statement. The Plaintiff (the party who initiated the action) will present their evidence and witnesses. The defense will then present their case. The Plaintiff will then be given an opportunity to present “rebuttal” evidence. Rebuttal is not a time to make new arguments; the Plaintiff may only use this phase of the case to directly respond to any claims made by the defense. Each side will make a closing argument and the Judge will issue his or her decision (there are no juries in Family Court). The litigation process can be complex and the rules of evidence will be enforced.

Courts will base their decision upon the presentation of objective evidence and it is vital that you retain an experienced attorney to assist you. As a Melbourne child custody lawyer, I have handled many cases involving paternity disputes. Contact my office today to schedule an initial consultation.