The Process For Establishing Paternity In Melbourne, Florida 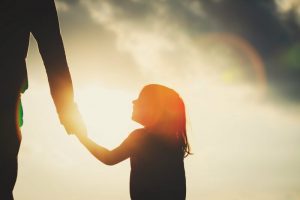 This is the next post in my series on the handling of Melbourne, Florida family law cases which involve a paternity dispute. My last article discussed the importance of obtaining a paternity order. It is important to understand that, until paternity is established, a father will have no right to visit with a child or to be involved in the decision making process. It is also important to understand that the lack of an order means that a dad will have no obligation to pay child support or to provide health coverage. Speaking with an attorney sooner, rather than later, can help you to understand your options if you are in such a situation. In this article I will discuss another important topic – the process for establishing paternity. If you require assistance then contact my office today to speak with a lawyer.

The first step in establishing parentage is to file a Petition with the Court. This is a formal document in which the requesting parents alleges that the male is, in fact, the child’s father. This document will also explain what the requesting parent is asking for in regards to child custody and child support. The other party will file a response and the requesting Party will file a Motion with the Court. A hearing will be held and, if there is not an agreement as to paternity, the Court will order a DNA test. A return hearing will be held, typically within a few weeks, at which the results of the DNA test will be announced. If the test shows that the male is not the father then the case will end at that point. If the test is positive then the Court will move forward with determining custody, support, and any other outstanding issues.

One point I cannot stress enough is that it is beneficial to both parents to establish parentage as soon as possible. The longer a dad waits to gain an order then the more difficult it may be for him to forge a meaningful relationship with his child. Also, a mother who wishes to collect “back” child support will only be able request retroactive payments for the last two years. This means, for example, that the mother of a four year old would only be able to collect support for the previous two years and would miss out on support for the first two years of the child’s life. By contacting an attorney sooner, rather than later, you can take immediate action in your case.

Contact my office today to speak with a Melbourne paternity lawyer. I devote my practice to the handling of domestic relations law. I am experienced in resolving cases involving parentage, child custody, support, and more. We are ready to assist you. My office also services clients in the Brevard County cities of Titusville, Cocoa, Palm Bay, Grant, Valkaria, and Rockledge, as well as in the Indian River County areas of Fellsmere, Sebastian, Vero Beach, Indian River Shores, and Orchid.