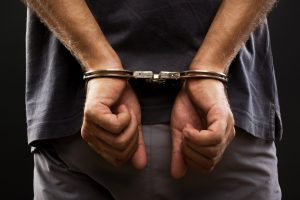 This is the next post in my series discussing the end to end process of requesting a change of custody when a Melbourne parent is abusing drugs. My last post discussed the potential outcomes of a child custody trial involving drug use. In this post I will explain how the Brevard County Family Court reacts when a parent is arrested on charges of drug possession and has an active criminal case. I cannot stress enough the fact that if you find yourself in such a situation then you should contact an attorney immediately.

The process of asking to change child custody following a parent’s arrest is similar to other circumstances in which one asks for a modification. The first step the noncustodial parent should take is to file for an emergency change of custody on a temporary basis. How the Court proceeds will, in part, be based upon the charges for which the offending parent was arrested. If the parent’s offense involves a harsher narcotic, such as methamphetamine or heroin, then the Judge will likely require that visitation be supervised, that the parent be subjected to immediate drug testing, and that a status check be set for a later date to determine the status of the criminal matter. If the offense involves a lesser offense, such as one involving marijuana, then the Court’s reaction will vary depending on several circumstances. Regardless of the offense the temporary request for a modification will often be granted.

If the offending parent is facing a charge which may involve incarceration then the Court will likely wait until the criminal matter is resolved before making a final custody decision. If the parent goes to jail or prison then the parent requesting custody will almost certainly be awarded it for obvious reasons. If the offending parent is not incarcerated then the requesting parent may still be awarded primary custody (which is referred to as “time share” in Florida). A parent requesting to regain joint custody, after a drug arrest, will often need to demonstrate a prolonged period of stability and clean drug tests before the Court will consider reinstating a joint time share arrangement.

If you find yourself in a situation where your child’s other parent has been arrested then you should contact counsel immediately. As a Melbourne child custody lawyer I handle such matters throughout our area. I am often able to assist in such cases for a set flat fee. Contact my office today to schedule an initial consultation. In addition to Melbourne our office also services clients in the Brevard County cities of Titusville, Cocoa, Palm Bay, Grant, Valkaria, and Rockledge, as well as in the Indian River County areas of Fellsmere, Sebastian, Vero Beach, Indian River Shores, and Orchid.