The Likely Outcomes Of A Brevard County, Florida Child Custody Trial Which Involves Drug Use 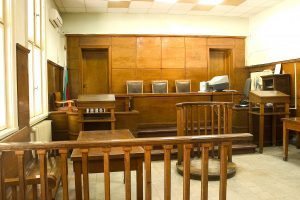 This is the next post in my series explaining the end to end process of requesting a change in custody in Melbourne, Florida due to another parent’s suspected drug abuse. My last post explained how prescription drug abuse impacts child custody cases. It is important to understand that the Court takes prescriptions very seriously even though they may be legal. In this post I will outline the potential rulings a Judge may order at the conclusion of a trial.

Not all family law drug abuse cases are the same. The outcomes are highly dependent upon the parents involved, the extent of the alleged drug abuse, and the evidence presented. The first potential outcome in a change of child custody trial is that no modification at all is ordered. This is likely if a Judge rules that the accusing parent has not provided substantial evidence proving that a parent is abusing drugs. This scenario is most likely when a parent only has suspicions, points to an old history or arrest record, and the suspected parent successfully passes a drug test.

The next potential scenario is a Judge ordering temporary informal supervised visitation. This is likely in the event that a parent is prescribed prescription drugs for a chronic medical reason and follows their prescription accordingly. For example, if a parent has a severe back injury for which they take pain medication, the parent acknowledges they cannot drive or always supervise the children in their presence. This works best if another adult lives in the home or can be present when the children are around.

Probably the most common scenario is that a Judge will order a temporary change in custody until the drug abusing adult can prove that they are “clean.” This most frequently occurs when an adult has become addicted to, and begun abusing, prescription drugs following a real medical event. In this situation, a Judge will likely order a parent to work with an approved physician to help ween them off of prescription pills, and then provide evidence for a certain amount of time that they are now “clean.” The amount of proof needed will generally be depended on the extent of the parent’s addiction.

The most serious scenario is if a parent has been arrested for a type of drug abuse. If a parent is arrested on charges of DUI, buying or selling drugs, or forging a prescription then an immediate change of custody will be granted. Supervised visitation will likely be ordered for the foreseeable future. It is often in the parent’s best interest in this scenario to focus on the criminal charges as these will have a permanent effect on their long term child custody rights.

Contact our Melbourne office today to speak with a lawyer regarding a child custody modification. I am a Brevard County attorney who also services the cities of Titusville, Cocoa, Palm Bay, Grant, Valkaria, and Rockledge, as well as Indian River County areas of Fellsmere, Sebastian, Vero Beach, Indian River Shores, and Orchid.