Seeking A TPO Instead Of Engaging In Self-Help In Melbourne, Florida 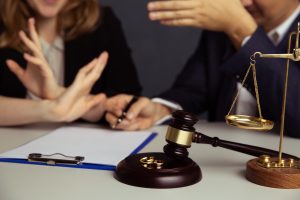 This is the next post in a series of articles addressing protective orders in Melbourne, Florida. The previous post focused on the importance of seeking a TPO immediately after the threatening or stalking behavior has occurred. Not only will obtaining a TPO quickly help protect one’s safety, but immediate action may also be a factor in the court’s willingness to grant the TPO. In this article, we will discuss why a victim of threats or harassment should rely on a TPO and law enforcement to address the issue rather than engage in self-help. If you or a loved one need assistance obtaining a protective order, contact our office today to speak with an attorney.

When one feels threatened, harassed or otherwise in danger from another person’s actions, one may not know how to respond appropriately. Rather than contacting law enforcement or seeking a TPO, people commonly attempt to handle the matter on their own. This should be avoided to the extent possible. For instance, it is important to avoid confrontations with the offending party. One should also avoid locations known to be frequented by the person to lessen the chances of a confrontation. One should not ask other people to threaten or harass the offending party on one’s behalf. Furthermore, one should not involve the person’s employer or family in the matter. Engaging in self-help can often exacerbate an already dangerous situation and put one’s safety at additional risk.

Self-help may also impact the ability of a party to obtain a protective order against the aggressor. Attempts by the victim to handle the matter outside of court, such as counter-threats or equally harassing responses will likely come to the court’s attention. Such actions may impact the court’s willingness to grant a TPO or extend an existing order. As noted previously in this series, it is important to seek a TPO as soon as possible after the initial danger is perceived. Taking time to address the matter on one’s own may create the impression that the danger posed by the offender is not dangerous enough to warrant court involvement. Finally, if the parties are involved in a child custody dispute, evidence of self-help activities set forth above may impact the court’s determinations related to custody or visitation.

If you wish to file for a protection order, contact our office today to speak to a Melbourne attorney. Our office is also dedicated to representing clients in the cities of Titusville, Cocoa, Palm Bay, Grant, Valkaria, and Rockledge, as well as in the Indian River County areas of Fellsmere, Sebastian, Vero Beach, Indian River Shores, and Orchid.