Proving That A Melbourne, Florida Parent Is Underemployed For Child Support Purposes 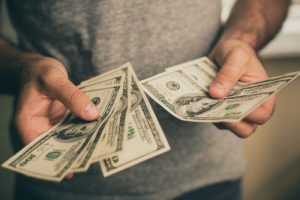 This is the next post in my series on the handling of Melbourne, Florida child support cases which involve an “underemployed” parent. My last article discussed what it means to be underemployed for child support purposes. It is important to understand that a parent’s payments can be based on the amount which they are capable of earning and will not necessarily be based on what they are earning. If you wish to argue that the paying parent is underemployed then it is strongly suggested that you speak with an experienced attorney. I have experience in handling such matters and my office is ready to assist you. Call today to speak with a lawyer.

Establishing that a parent is underemployed will require proof that they could be earning more than their current wage and that they are making no effort to do so. Such proof can be acquired through a process known as “discovery,” which is how information is gained from the other side in a lawsuit. The discovery process provides several mechanisms for acquiring information. These mechanisms include Interrogatories, which are written questions which the other side must answer, Requests for Production, which requires the other side to provide documents, records, and tangible items, and Subpoenas, which allow your counsel to acquire information and records from third parties. There are also other tools which can be used to gain information.

The evidence which your counsel acquires will depend on the specific facts of your case. Say, for example, that the other parent was let go from their job and is now requesting a child support reduction. The discovery process can be used to acquire your ex’s employment file from their former company. Now say that the file shows that your ex was fired due to poor conduct or work performance on their part. Also, suppose that discovery is used to obtain information which shows that your ex is making minimal effort to find a new job then the Court will likely find that he or she is underemployed. Under this set of facts, it is possible that the Judge would deny the request for a child support reduction. The other parent would then continue to pay the amount which they have been paying under your current order.

How the Court will rule in any given situation will always depend on the specifics facts of the case. Also, the form which your discovery will take will also depend on the facts of your case. Hiring an experienced lawyer will help you to make sure that your case is handled properly. As a Melbourne child support attorney I am able to assist with such matters. Contact my office today to schedule an initial consultation. My office also services clients in the Brevard County cities of Titusville, Cocoa, Palm Bay, Grant, Valkaria, and Rockledge, as well as in the Indian River County areas of Fellsmere, Sebastian, Vero Beach, Indian River Shores, and Orchid.