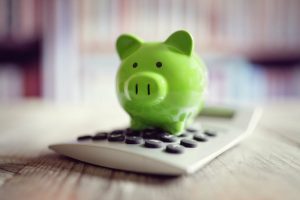 This is the next post in my series on the the division of marital property and debt in a Melbourne, Florida divorce. My last article provided an overview of topics which this series will be addressing. It also stressed the need to speak with a family law lawyer if you are considering ending a marriage. It is important that you speak with counsel sooner, rather than later, as the division of property can have a meaningful impact on your financial future. In this article I will discuss another important topic – how Florida handles the issue of marital assets and debts, as a general matter. Understanding the law and this issue can help one to have a better grasp on their situation. If you require assistance then contact my office today to speak with an attorney.

Florida is not a community property state. This means that the Court will not necessarily require that marital assets and debts be divided equally between the spouses. Instead, the Court will be concerned with ensuring that any division is simply “fair.” It is important to understand that the Court will only divide property or liabilities if they were acquired during the marriage. This means that assets or debts that one had at the beginning of the marriage will not be subject to the divorce process. Also, assets which one spouse obtained as a gift or through inheritance will be considered “separate” and not part of the marriage.

Melbourne spouses should be aware of a few caveats to the aforementioned rules. First, if separate assets are “intermingled” with marital assets then the former may end up being subjected to property division. An example of this would be when a spouse inherits money (which would be separate property) and then places the money in a joint checking account that is regularly used by both spouses. Second, it does not matter if assets or debts are only in the name of one spouse. If the item or obligation is acquired during the marriage then it will be considered part of the marriage. Say, for example, that a spouse finances a car in their name only while the parties are married. The loan would be considered a marital debt and the car would be considered a marital asset, regardless of the fact these items are only in the name of one spouse.

Determining whether or not property is separate or of the marriage can raise complicated issues of fact and law. An experienced divorce lawyer can help you to understand your particular situation.

No two sets of facts are the same. Whether or not property and debt is going to be considered marital or separate will depend on the facts of your given situation. Given the impact that this issue can have on your future, it is important to retain counsel. As a Melbourne divorce lawyer, I regularly handle such matters. Contact my office today to schedule an initial consultation. We also service clients in the Brevard County cities of Titusville, Cocoa, Palm Bay, Grant, Valkaria, and Rockledge, as well as in the Indian River County areas of Fellsmere, Sebastian, Vero Beach, Indian River Shores, and Orchid.