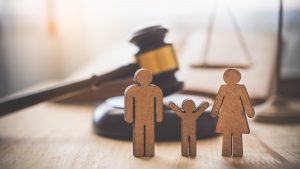 This is my final post in a series about obtaining a temporary emergency custody order in Melbourne or other Florida areas. My last article discussed the process by which someone can obtain an emergency custody order. It is important that you retain an attorney to assist you as such matters can have numerous possible outcomes. In this post I will discuss the discovery and trial processes which are involved in making a temporary custody order permanent. These processes can be quite complicated and it is strongly suggested that you retain counsel. If you or a loved one needs assistance, contact my office today to speak with a lawyer.

The first step in making an order permanent is to gather needed evidence through the discovery process. The second step is to attend trial. I will discuss each of these steps in turn.

Discovery is the process of exchanging information between both parties. Unlike trials in the movies, there is no such thing as “surprise evidence” in real life. It is necessary to exchange information between the sides to build a rock solid case. Discovery will typically begin after the initial Court hearing and is in preparation for trial. There are a number of ways opposing sides can exchange information. The first way information can be exchanged is through Interrogatories, which are written questions that the other side must answer in writing about the lawsuit. The second is Requests for Production, which can be used to request that the other party provide records, documents, or physical items. This may look like medical papers, bank statements, external harddrives, or anything else that may have information pertinent to the case. Last, Depositions are used to require the other parent or witness to appear out of court and answer questions under oath in front of a court reporter. The deposition is held to find out what the witness knows and to preserve the witness’ testimony. The goal is for the parties to learn all of the facts so they are not surprised in court. It is often videotaped as well as transcribed by the court reporter.

It is important for Melbourne parents to know that discovery is complicated and has many rules that must be followed. Failing to properly follow these procedures can produce undesired results in Court, or the opposing side may not be required to answer your requests. Retaining an experienced attorney can help increase the probability of cooperation by the other side and the likelihood of a desirable outcome in Court.

A trial in family court is where both sides will present evidence to support their case, at the end of which the Judge will make a decision. There are no juries in a family court trial. The party requesting the change in custody will present their case first. The opposing party will go second and the requesting party will have the opportunity for rebuttal. This means they cannot present new arguments, but they can dispute the points the opposing party presented. The presentation of each side includes the introduction of witnesses, as well as evidence. Once all evidence and testimony has been introduced, the Judge will decide on the matter. Keep in mind that a decision might not be made by the Judge on the day of trial, sometimes it will arrive within a few days.

Trial is a complicated process. There are many rules and procedures that are strictly enforced. The judge will not give you a pass simply because you are not an attorney and do not know the rules. If these regulations are not followed, the court may not allow you to admit key pieces of evidence or allow your witnesses to take the stand. For this reason it is important to hire an experienced lawyer to assist you.

As a former prosecutor, I am an experienced trial attorney. I devote my practice to handling family matters. I am familiar with our local court system and know what to expect as the case moves forward. Contact my Melbourne office today. We also serve the cities of Titusville, Cocoa, Palm Bay, Grant, Valkaria, and Rockledge, as well as in the Indian River County areas of Fellsmere, Sebastian, Vero Beach, Indian River Shores, and Orchid.