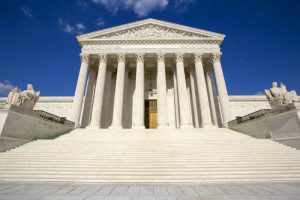 This is the next post in my series on child custody appeals in Melbourne, Florida. My last article provided an overview of the major points to be analyzed in this series. It also stressed the need to contact a lawyer with experience in handling these types of cases as early in the process as possible. Because the Florida courts impose strict deadlines on filing an appeal in a child custody matter, parents must contact an attorney quickly to decide whether to pursue this option. Failing to meet the deadline to file your Notice of Appeal, will result in losing the right to challenge a Trial Court’s order. If you are in need of assistance, contact my office today.

In Florida, appeals of child custody decisions by a Trial Court are handled by a District Court of Appeal. The District Court has the authority to review limited types of issues on appeal. The Court may review whether a Trial Court applied Florida law incorrectly to the facts of the specific case. It may also review whether evidence used in the trial was admitted improperly or not allowed as evidence when it should have been considered. The District Court of Appeal does not have the authority to consider new facts that were not presented at the trial level. Whether an appeal has a chance to be successful revolves around these common themes.

Under Florida law, a Trial Court’s determination of child custody matters is based upon a “best interests of the child” standard. There may be times, however, that the lower court does not apply that standard correctly. In such cases, a Melbourne parent could seek an appeal of that decision.

The general rule in Florida is that both parents should be involved in the upbringing of a child, including timesharing, support and decision making responsibilities. If a Trial Court significantly limits or eliminates one parent’s involvement with any of these elements, it must demonstrate good reasons for going against the general rule. For example, suppose a Trial Court grants sole custody to a mother because she lives significantly closer to the child’s extracurricular activities. The District Court may disagree with the lower court about the importance of proximity to such activities and overturn the decision on appeal in favor of the father. This is just one example of how the Trial Court’s ruling on the best interests of a child may be challenged.

No new evidence may be presented to the District Court on appeal. In other words, the District Court may only consider documents and testimony entered into the Trial Court record. It is common, however, for the Court to evaluate a lower court’s decision to admit or deny admission of evidence in the original case. Specific rules of evidence govern whether or not certain facts, documents and witness statements can be used in a custody case. Some types of documents must be authenticated by a witness to be considered valid. Other considerations, such as whether a party objected to a witness statement at the trial may also be considered on appeal. For example, if a Trial Court admitted testimony about a medical condition of one parent, the District Court may decide the testimony was merely speculation and should not have been allowed to impact the Trial Court’s decision. If the admission of such evidence impacted the outcome of the case, then it may be an issue to challenge on appeal.

I will discuss challenging the “best interest” standard and evidentiary rulings in greater detail later in this series. As an experienced Melbourne child custody appeals lawyer, I understand that these topics can cause confusion. I am dedicated to representing parents facing this challenge. If you are involved in a potential appeal, please contact my office today to speak with a family law attorney. We also serve clients in the Brevard County cities of Titusville, Cocoa, Palm Bay, Grant, Valkaria, and Rockledge, as well as in the Indian River County areas of Fellsmere, Sebastian, Vero Beach, Indian River Shores and Orchid.