How Melbourne, Florida Parents Can Win Back Unsupervised Visitation 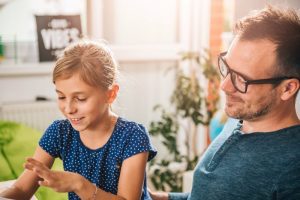 This is the next post in my series on Melbourne, Florida child custody cases which involve supervised visitation. My last article discussed what one should expect at a supervised visit. It is important to understand that visitation should be made about one’s children and not grievances which exist between the parents. Failing to understand that can result in the situation becoming worse for both parties as well as the child. In this article I will discuss how one can go about winning back unsupervised visits. Call my office today to speak with a child custody attorney.

It is not the Court’s goal for a parent’s visitation to be perpetually supervised. A Judge will typically remove the requirement of oversight once he or she is confident that there is no longer a need to be worried about the safety of the child. Whether or not the Judge is concerned about the child’s safety will, obviously, depend on the situation. A parent who has been shown to be physically abusing a child, for example, will obviously be held to a higher standard than a parent who had lesser problems. When trying to determine whether or not you should Petition the Court for a change of custody or visitation it is best to consult with a lawyer regarding your specific circumstances.

A Judge will typically define the path to obtaining regular visits at the time they issue an Order for supervised contact. If, for example, a parent tested positive for “hard drugs” (such as methamphetamine or heroin) then a Judge will most likely order that visitation be supervised. It would also be somewhat common for the Court to Order that the parties return to Court in a period of time (say six months) for what is known as a “status check.” During the six months the offending parent would likely be required to take regular drug tests. If, at the status check, it is shown that the offending parent has passed their drug tests, and that there have been no problems during the supervised visits, then the Court may allow for a small amount of unsupervised visitation. The amount of supervision required would gradually decrease until a point at which the parents are enjoying a more traditional arrangement.

If you have questions about supervised visitation, or need assistance with a child custody case, then contact my office to speak with a Melbourne child custody lawyer. My office also services clients in the Brevard County cities of Titusville, Cocoa, Palm Bay, Grant, Valkaria, and Rockledge, as well as in the Indian River County areas of Fellsmere, Sebastian, Vero Beach, Indian River Shores, and Orchid.