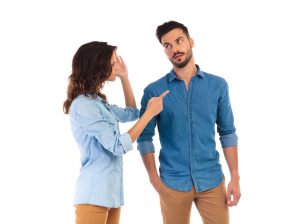 This is the next post in my series of articles on the handling of DCF allegations in Melbourne, Florida. My last article discussed why non-custodial parents should retain a DCF attorney to assist them in such matters. It is important to understand that the Court will not simply place a child with their other parent as a matter of course. Instead, a case must be made to the Court that the non-custodial parent can provide a suitable environment for the child. Retaining an experienced attorney can help one to make that case. In this article I will address a topic which, sadly, comes up too often – dealing with false accusations that have been made to DCF. If you find yourself in such a situation then contact us today to speak with a lawyer.

The Department of Children and Families (DCF) will investigate claims made regarding the abuse or neglect of a child. Unfortunately, such claims are sometimes based on false accusations. A Melbourne parent will typically make such accusations against their counterpart as part of an effort to gain an advantage in subsequent child custody proceedings. Parents may also make such allegations out of a misplaced desire to “get even” with their ex over some perceived slight. If you are a custodial parent who faces false claims of abuse and neglect then it is crucial that you understand the gravity of the situation. If the DCF caseworker believes that you are not taking the matter seriously and if you do not give them requested information, then there is an increased likelihood that they will substantiate the claims and move forward with the legal process. This can result in your child being temporarily removed from the home while the matter proceeds. By addressing the allegations properly from their onset, you help to improve the chances that the case is resolved sooner, rather than later.

How to best address the allegations will always depend on the specific claims and on the facts of the case. The first step, once you are contacted by DCF, is to discuss your situation as soon as possible with an experienced attorney. Counsel will give you an honest assessment of your situation and will help to guide you through the process. When retaining counsel, it is strongly suggested that you retain a firm that practices in Family Court as well as in Dependency Court.

If you are a parent who has been falsely accused of abuse or neglect then such claims can form the basis of a custody modification. One of the factors that a court considers, in regards to child custody, is the extent to which each parent works to foster a relationship between their counterpart and the child. For obvious reasons, making false claims about the other parent is the opposite of fostering a positive relationship. This is why a custodial parent, who makes false claims about their ex, may find themselves losing child custody as a result. Likewise, a non-custodial parent who makes false claims, in an effort to obtain custody, may very well find their visitation and other time with the child reduced. Again, how the Court will deal with such a situation will depend on the facts of the case.

If you are a parent facing false DCF allegations then contact us today to speak with a Melbourne lawyer. Our office believes that everyone is entitled to both aggressive representation and respect. We look forward to being of assistance. Call today to speak with an attorney. We also serve the cities of Titusville, Cocoa, Palm Bay, Grant, Valkaria, and Rockledge, as well as in the Indian River County areas of Fellsmere, Sebastian, Vero Beach, Indian River Shores, and Orchid.