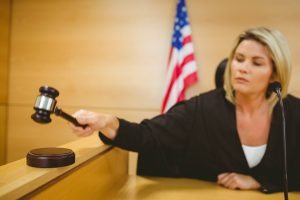 This is the first post in a series which will deal with the handling of Protective Orders in Melbourne, Florida family law cases. I am writing on this issue due to the fact that few things impact divorce and child custody proceedings as does allegations of domestic violence. My goal with this series is to provide information which will help people to better understand their options and to also assist individuals in making an informed selection of an attorney. If you have questions about your situation then contact my office today to speak with a lawyer.

I will be addressing multiple issues over my coming articles. Matters which I will analyze include:

It is crucial that people understand these issues for multiple reasons. First, a Protective Order can often be obtained quickly and many are surprised by the speed of the process. Second, Courts take domestic violence allegations very seriously and the issuance of a TPO will often influence how a Court rules on child custody. Third, and unfortunately, people often raise false allegations in an effort to get a “leg up” in custody proceedings. Fourth, if the restrained party does not honor the TPO then they will likely be incarcerated. Finally, it is possible to challenge a Protective Order that has been issued on multiple grounds.

If you have been served with a Restraining Order then you need to take the matter seriously. Many make the mistake of thinking that such a situation is “no big deal.” The fact of the matter is that your life will be impacted in several ways if you do not properly handle the situation immediately. As a Melbourne family law attorney I assist Florida residents in both obtaining and defending against such Orders. Contact my office today to speak with a lawyer. We also services clients in the Brevard County cities of Titusville, Cocoa, Palm Bay, Grant, Valkaria, and Rockledge, as well as in the Indian River County areas of Fellsmere, Sebastian, Vero Beach, Indian River Shores, and Orchid.