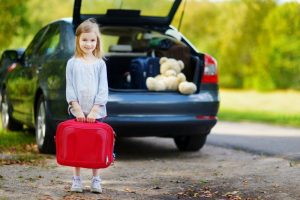 This is the next post in my series on misperceptions which exist when it comes to the rights of Florida fathers. My last article discussed why a dad should assert his rights as soon as possible. It is important to understand that the longer one waits to obtain a child custody order, then the more likely a Judge is to leave the current situation in place as the “status quo.” By gaining a custody order immediately, a dad helps to ensure that more lasting arrangement. An experienced family law attorney can assist with the obtaining of a custody order. In this article I will discuss the consequences of a father allowing a mother to move the child outside of the state. If you are in need of assistance then contact my office today to speak with a lawyer.

I previously discussed whether unmarried parents can move children outside of Florida as a general matter. It is important for a father, however, to understand the consequences of a explicitly giving a mother consent to move out of state. If the dad signs a stipulation and order, allowing the mother to move, then she will likely “domesticate” the new court order in the state to which she relocates. This means that the matter would then be under the jurisdiction of that state’s court systems. While the father could, theoretically, file for relief in the Florida Courts, there is a good chance that a Florida Judge would simply defer to the new state’s Courts as they provide a more “convenient forum” for resolving any disputes. In other words, giving a mother court-ordered permission to move likely means that the dad will have to litigate any disputes in the child’s new home state. This is just one reason why one should consult with an attorney prior to granting any such permission.

There can be consequences for a father who grants verbal permission for a mom to move out of state with a child. Under Florida law, any relocation agreement must be in writing. With that said, there are practical implications to verbally consenting to the relocation of a child. Under the Uniform Child Custody Jurisdiction & Enforcement Act (UCCJEA), the state in which the child last resided for six consecutive months will have jurisdiction over the matter. This means that a Florida dad may have to go out of state in order to litigate the return of his child. Say, for example, a dad verbally tells the mom she may move the child to another state. The mother then does so. Nine months later, relations break down between the parents and the father goes to Court requesting that the child be returned to Florida. Under these circumstances, there is a chance the Florida Court would rule that the new state now has jurisdiction over the matter, and that the case must be decided in the new state.

It is strongly suggested that a Melbourne father discuss their situation with a child custody attorney prior to agreeing to any child relocation request. Consulting with counsel can help a dad to ensure that he understands all of his options. My office is built on the idea that everyone deserves quality representation and the highest levels of respect. Call today to speak with an attorney. We also service clients in the Brevard County cities of Titusville, Cocoa, Palm Bay, Grant, Valkaria, and Rockledge, as well as in the Indian River County areas of Fellsmere, Sebastian, Vero Beach, Indian River Shores, and Orchid.