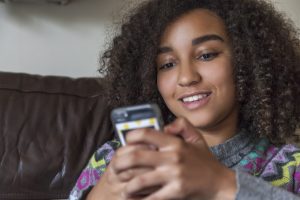 This is the next post in a series of articles discussing how a child’s preference regarding custody and visitation may impact the Court’s decisions on such matters in Melbourne, Florida. Our previous post discussed how a parent may challenge their co-parent’s request for the Court to defer to the wishes of their child in custody disputes. Like other family law cases, Judges must consider what arrangements are in the child’s best interest. In some instances, the analysis may include the preference of the minor as one of several significant factors. A parent wishing to challenge the Court’s reliance on the expressed opinion of their child may demonstrate that the choice does not best serve the child. An experienced family attorney can assist you in identifying and presenting such information to the Judge. This article will discuss how a parent should respond to their child if they refuse to visit their other parent pursuant to an existing court order. If you need assistance, contact our office today to speak with a lawyer.

As any parents of an older child or teenager can attest, it can become increasingly difficult to assert parental authority as their children age and become more independent. Kids will be kids and, while some level of disobedience is to be expected from time to time, the situation can be particularly difficult when it comes to enforcing custody and visitation schedules. Requiring a teenage daughter to, for instance, spend the weekend with her father rather than attend a friend’s slumber party, may be challenging. Or, forcing an angry high school senior to leave his job, friends, and significant other the last summer before college to visit his mother in another state may seem impossible. In some cases, arguments over such issues turn into refusals by the kids to go along with the plan. When such disputes cannot be resolved reasonably between the child and the parents, the non-compliant parent may not know how to best respond.

It is important to remember that if you are subject to an existing court order regarding the custody and visitation of your child, you are required by law to comply with the terms of the order. Failure to do so, may result in the other parent bringing an enforcement action against you. Depending upon the specific facts of the case, failure to comply may result in contempt of court charges against the non-compliant parent. Short of physically delivering the child to their co-parent, which may not always be possible, many parents are at a loss about how to handle their child’s refusal without finding themselves in legal trouble. When reviewing these situations, the Judge will be interested in how you attempted to comply with the order after the child refused to cooperate. For instance, if you supported the child’s decision, simply went along with it, or made no attempt to discuss the matter with your co-parent, the Court may likely hold you in contempt. If, on the other hand, you proactively addressed the situation with your co-parent, imposed consequences such as taking away the child’s phone or car privileges, or otherwise attempted to enforce the agreement, the Judge may be more likely to view your case favorably.

When faced with such a situation, it is important to consider the legal ramifications of failing to comply with an existing child custody order. Discussing the matter with an experienced attorney can help ensure that your legal interests are protected. Contact our Melbourne office today to speak with a lawyer. We also serve the cities of Titusville, Cocoa, Palm Bay, Grant, Valkaria, and Rockledge, as well as in the Indian River County areas of Fellsmere, Sebastian, Vero Beach, Indian River Shores, and Orchid.