Challenging a TPO That Has Been Issued in Melbourne, Florida 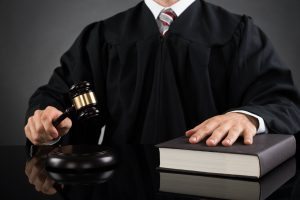 This is the next post in a series discussing how to deal with TPO’s in a Melbourne, Florida family law case. My previous post explained what happens once a TPO is issued. In this post I will explain how one may challenge a TPO that has already been issued.

Domestic situations can be messy affairs, particularly when two people share a child or have a contentious relationship. It is not unusual for one member of a former couple to take out a TPO and claim “harassment” when both persons engage in calls, texts, emails, etc. When a TPO is issued it restricts the person served from contacting their accuser in any way. While the accuser is not legally restricted from contacting the person they have accused the Court assumes that they should not have to be. If one claims that they are fearful of a person and need protection then it stands to reason that such a person would not want to have contact with one whom they are afraid of. If a person has taken out a restraining order on a former partner, and continues to contact that person once the TPO has been issued, the accused can often get the TPO thrown out of Court.

Requesting a hearing with a Judge and arguing that a Protective Order should be thrown out is a relatively simple affair. Your attorney will show the Judge phone call records, emails, and texts from the person who took out the TPO attempting to contact you. It is also helpful if one can show the Court specific dates and times that the accuser has shown up at their home unannounced. If one’s attorney can prove that the accuser is obviously not fearful of the accused, due to the fact they keep trying to speak to them, a Judge will dismiss the TPO.

If one has grounds to ask to have a TPO dismissed then it is important that they do so for several reasons. One, while the TPO is in place the accused can be criminally charged with breaking the TPO if law enforcement “catches” them with their accuser. If is not unusual for couple’s to “get back together” while a TPO is in place but fail to have the TPO lifted. If an argument breaks out while the TPO exists then they accused may be arrested, even if it is the accuser who initiated contact. Secondly, employers and potential employers are able to see that a TPO is in existence. If one is applying for jobs while a TPO is out against them then they may have to explain to employers why this is so. Finally, a TPO generally restricts one’s civil liberties and movements. It is impossible to fully predict how this could negatively impact one’s life. By having the TPO dropped, one can move freely without having to worry about inadvertently breaking the law.

If you have a TPO issued against you, and your accuser continues to contact you, discuss this with your attorney immediately. Call our office today and schedule a consultation. We also services clients in the Brevard County cities of Titusville, Cocoa, Palm Bay, Grant, Valkaria, and Rockledge, as well as in the Indian River County areas of Fellsmere, Sebastian, Vero Beach, Indian River Shores, and Orchid.