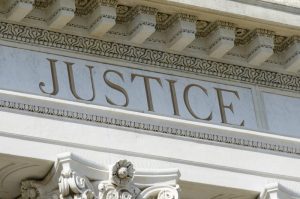 This is the next post in my series on child custody appeals in Melbourne, Florida. The previous article discussed how parents should proceed while their child custody case is on appeal. Parents must comply with the applicable custody ruling while an appeal is pending. Failing to do so could lead to contempt charges and additional negative consequences in future legal proceedings. It is best to stay in contact with your lawyer in order to avoid potential problems. In this post, I will discuss challenges to a trial court’s ruling as to what is in the “best interests” of a child. If you need assistance, call my office today to speak with an attorney.

As I stated earlier in this series, the District Court of Appeal in Florida may only review a limited scope of issues in a child custody appeal. While no new evidence may be admitted in this phase, the appellate court may review whether the trial court applied the law incorrectly to the facts of the case. At the trial level, the judge’s ruling will be based on what it considers to be in the “best interests” of the child. It is possible, however, for the appeals court to disagree with the lower court’s conclusions as to what is in the child’s best interests. It may decide that the initial decision was not supported by the evidence or that the court misinterpreted the facts of the case.

An appeals court may decide to reverse a trial court’s ruling if it determines that the lower court based its conclusion on insufficient evidence. Consider a case where a mother with primary custody of her daughter wants to remarry and relocate to her new husband’s home across town. The move will cause the child to change schools. The father seeks primary custody for himself claiming that that the new school district is inferior to the child’s current school and therefore relocation is not in her best interests. The trial court agrees with him and rules in his favor. On appeal, however, the court may determine that the father’s testimony alone was insufficient evidence to support the lower court’s decision. Additional documentary evidence or expert reports at trial may have helped support the father’s claims, but if they are not in the trial record, that information cannot be considered on appeal. Under these facts, the appellate court may reverse the trial judge’s decision.

In some instances, an appellate court may simply disagree with the trial court’s interpretation of the same set of facts. Say the mother in our example above argues that her child should primarily live with her because her home is closest to the child’s tennis facility. Assume the father presents sufficient evidence to support his claim that the new school district has significantly lower academic performance and opportunities for the child. The trial court decides that it is in the best interest of the child to live nearer to the tennis facility and grants the mother primary custody. On appeal, the court may decide that the initial conclusion incorrectly placed the importance of extracurricular activities over the importance of academics and reverse the decision.

It is important to remember that a court’s decision will be based on the specific facts of each case. An experienced appeals attorney can help review your situation. If you need assistance with a child custody issue, contact my office today to speak with a lawyer. My office serves clients in the cities of Titusville, Cocoa, Palm Bay, Grant, Valkaria, and Rockledge, as well as in the Indian River County areas of Fellsmere, Sebastian, Vero Beach, Indian River Shores, and Orchid.