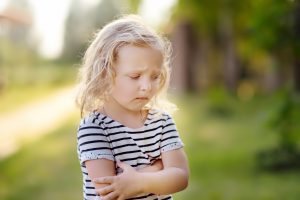 This is the second post in my series on handling temporary emergency custody cases in Melbourne, Florida. My previous post was an overview of the topics I will discuss in this series. If you believe your child is in danger, it is imperative that you speak with a family lawyer as soon as possible. If you do not seek the counsel of an attorney, or otherwise take immediate action, then the Court may be less likely to consider your situation an emergency. In this article I will discuss the very important topic of why parents must refrain from engaging in “self-help” when facing a crisis. If you or a loved one needs emergency assistance, contact my office today.

It is considered “self-help” when a Melbourne parent begins ignoring an existing child custody order and takes matters into their own hands. It is completely understandable why an individual may ignore existing orders if they believe their child is in danger. However, it is incredibly important to go through the existing legal channels. What may seem like an emergency to a parent may not be considered a crisis by the court, which is why it is essential to speak with a lawyer. If the facts indicate a clear emergency, an attorney can file a motion with the court to request a custody modification. If the Judge agrees that the situation is an emergency, they may schedule an expedited hearing. If you believe your child is in imminent physical danger, it may be more appropriate to contact law enforcement.

If a person engages in self-help, it can have a negative impact on their case. If an individual violates a current custody order on their own, the Judge will likely view this as an interference with the other parent’s relationship with the child. This could give the opposing party foundation to request a modification of their own. For example, a parent who refuses to return a child to the other parent after a visit may be grounds for the Court to award the other parent more time with the child. By discussing your situation with an attorney before taking action, Melbourne parents increase the likelihood of receiving a more favorable outcome as to any requests filed with the court.

The first step in modifying a “time share,” or a custody order, in Florida, is to file a motion with the Court. A motion is the document in which an individual will explain the reason(s) for which they are requesting a change. In emergency situations, one can request that the Court grant an expedited hearing. Depending on the facts surrounding the case, an emergency hearing may take place within a few days of submission of the motion. It is important to understand that the initial hearing will not be a trial.

At the hearing, each side will present their case. If there is reason to believe that the child is in danger, the Court will likely grant the requesting parent temporary custody. Visitation may be granted to the other parent depending on the facts specific to each case. Such visitation may be supervised if the matter is seen as being an emergency impacting the child’s safety. The Judge will then schedule a trial, where a permanent decision will be made, and a Final Order will be issued. This final order will outline the custody, visitation, and child support decision that must be followed. It is also important to note that the parties will be expected to follow the temporary orders until the final order is in place.

Child custody issues can be complex, which is why it is important not to take matters into your own hands and to speak with a licensed attorney. I am a Melbourne lawyer who handles matters involving all aspects of family law. I understand that there is nothing more important to a person than their child. Contact my office today to schedule a consultation. We also serve the cities of Titusville, Cocoa, Palm Bay, Grant, Valkaria, and Rockledge, as well as in the Indian River County areas of Fellsmere, Sebastian, Vero Beach, Indian River Shores, and Orchid.